Think your teen is tech savvy because they spend hours on the computer? Think Again!

There is a false belief amongst parents, where they think their children must be tech savvy because they spend hours on the Computer, Internet and Smartphone. Sure they may be able to navigate their way on how to download apps, upload pictures, post video's to YouTube and write Twitter, Facebook and Blog posts, but if this is all they are doing, parents need to delve in and pay close attention.

Yes, it is true! With computers and the internet playing such a fundamental role in pretty much every aspect of our lives, especially within the work world, teens need to be digitally literate. However, spending hours upon hours on social networking sites does not mean teens are tech savvy. In fact, if this is all they are doing, chances are their technology addiction is having an adverse affect on their digital skills, education, literacy, and their overall developmental growth.

Today, approximately 80% of teens are living in the 'Cyber Bubble', and there are serious risks to this lifestyle. The fact is, the average teen in North America spends 8 hours per day being digitally connected with 2-3 hours per day on social networking sites and sending 80-100 texts per day to their friends.

So why should parents, guardians and educators be concerned? The bottom line is, if teens are hyper-connected they are likely experiencing the adverse affects of being trapped in the Cyber-bubble: 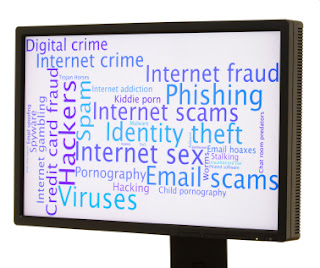 It is important for parents to pay close attention to their teens use of smartphone technology, social media and the Internet. While teens are experiencing the many benefits each of these have to offer, they are also being exposed to the dangers and risks. As parents, we need to teach our children to set boundaries and limits in their use of technology. We need to education them on proper and appropriate use, how to play safe, and how to be a good cyber friend and cyber citizen.

So if your teen is spending hours on end on their computer, smartphone and the Internet, we strongly recommend you become a Computer Cop and find out exactly what they are doing, and what activities they are engaging in. If you have concerns of their technology use and habits, it may be time to establish Computer, Internet & Smartphone Rules, which includes you and your teen signing an Internet & Smartphone Usage Agreement. Breaking the rules and violating the agreement results in loss of use and privilege of using these technologies.

You must establish within your teen that the Computer, Smartphone and Internet is a privilege, not a right!  They have the responsibility in using these technologies properly and appropriately. Be sure to set the stage by being a good example and practicing what you preach because more often than not, teens model the behavior of adults, more so when that adult is their parent(s).