Change, Choice, Vision - A New Direction for Summerside   Nancy Beth Guptill announces candidacy for city’s top job
SUMMERSIDE – ​It is now a three-way race for Summerside’s top job.
Entrepreneur, community volunteer and advocate, Nancy Beth Guptill, has joined the race to become mayor of the City of Summerside this November.
Guptill has lived in Summerside for most of her life, and has a deep affection for her home community, wanting to see it and its people prosper and thrive.
Being a single parent, she chose to return home to launch her business and raise her daughter, who is now in university.
“I have deep roots here and I am committed to our community. I have served in different roles and capacities to help make Summerside a thriving and prosperous community where all members of our society feel safe, welcomed, valued and supported, with access to a quality of life -- we all deserve that,” said Guptill.
“I want to ensure that Summerside is an attractive place where people either choose to never leave, or they choose to come and live.”
It comes as no surprise that Guptill has a keen interest in municipal politics, being the daughter of one of PEI’s Famous Five, former Speaker of the Legislative Assembly and a former Summerside councillor Nancy Guptill.
“Seeing new candidates with diverse backgrounds put their names forward, including a number of female candidates, really excites me because, if elected, they will bring a collective fresh perspective to council chambers,” said Guptill.
“Looking through their different lenses can bring about an exciting future for the residents and businesses of Summerside.”
Guptill had been mulling over the idea of seeking the job of mayor -- giving it thoughtful consideration -- when she started seeing the many strong women putting their names forward. She realized, as her campaign hashtag clearly says, that #thetimeisnow, and that she wanted to be among the chorus of women to lead the change.
“As each woman stepped out to announce their ward candidacy I realized now is the time, more than ever before, that we may achieve gender parity and equity in Summerside’s municipal government.”
Guptill said that the final decision came when she attended the recent Famous Five 25th Anniversary Conference, in the chambers of the Legislative Assembly of Prince Edward Island to mark International Day of the Girl Child on Oct. 11.
“Listening to the Famous Five panel being interviewed by the Premier and Lieutenant Governor, along with hearing from 27 young female leaders was truly motivational and inspiring,” she noted. “The key message of the day was ‘the time is now’ and that message solidified my decision to go.”
Guptill believes in an open and transparent municipal government, one that works collaboratively with residents, businesses, stakeholders and other government partners of all levels.
“I have extremely good working relationships with many community groups and stakeholders, as well as all three local cabinet ministers and the MP for Egmont,” she added.
“As mayor, I will listen to and work hard for the citizens and the businesses of Summerside. I will work with community and government stakeholders to foster, nurture and build relationships that benefit the community, and I will work hard to ensure Summerside’s future is programmed for prosperity and economic growth so that all citizens have access to equal and fair opportunities.”
Through conversations with residents and business community, Guptill said the message is loud and clear that they want change, choice and vision, which has become the focus of her campaign and her campaign slogan.
“Change will come to council chambers by having new fresh faces and more women on Summerside City Council,” said Guptill.
“As a mayoral candidate – a new candidate in the realm of municipal politics – I have a new approach and new vision. As well, I haven’t been ingrained in City Hall for 20 plus years, rather I have been out there working in the trenches alongside some of Summerside’s most vulnerable as well as working with its business leaders to help launch and grow their businesses.
“As such, I bring a fresh perspective and the female perspective.”
Guptill concluded by saying that she hopes the support she has already received since her announcement will translate into support come election day on Monday, Nov. 5.
“With the will of the people, it is possible the electorate will vote for change and new direction and elect me as their second woman mayor for Summerside, following in the footsteps of the late Frances Perry, Summerside’s first female mayor, who was elected in 1979.”

The Connected Farmer - From Passion To Fruition!

I have always had a passion for helping Canada's Agriculture sector!

I started supporting the sector back when I worked with the City of Summerside in Economic  Development, and we assisted an organization with the promotion of Farm Diversification into Agri-Tourism. That was back in the early 2000's. We helped organize information events at the Loyalist Country Inn & Conference Centre, conducted research, assisted with the events, and promoted those events through our communication channels at the time.


Starting in 2008, I launched Sweet Spot Academy (formerly known as Sweet Spot Marketing) and started working directly with producers, commodity groups, agri-businesses, federal and provincial government and a number of other industry players.

In 2009, I started delivering the Connected Farmer digital marketing and social media training program throughout the Maritimes, working with Federal and Provincial Governments, as well as different Federations of Agriculture and Commodity Groups throughout the region.

In 2015, I became one of seven certified Real Dirt on Farming Speaker Bureau facilitators and thoroughly enjoyed delivering the program within the Maritimes and Ontario through Farm and Foodcare Canada.

Now, in 2018, I have been working behind the scenes with two of my colleagues who have extensive experience working in Canada's Agriculture sector, to bring our collective passion for the sector to fruition, through the launch of:

The Connected Farmer:  we're an experiential digital marketing and communications company that bridges the gap between gate to plate by providing consumers and Canada's Ag sector with opportunities to meet, mix and mingle.

We know consumers are turning to the internet to source information on the food they eat. We also know there is a lot of misinformation out there in the market place. The Connected Farmer Virtual show provides a digital space for consumers and Canada's Ag sector to come together and share the #RealDirt on Farming. 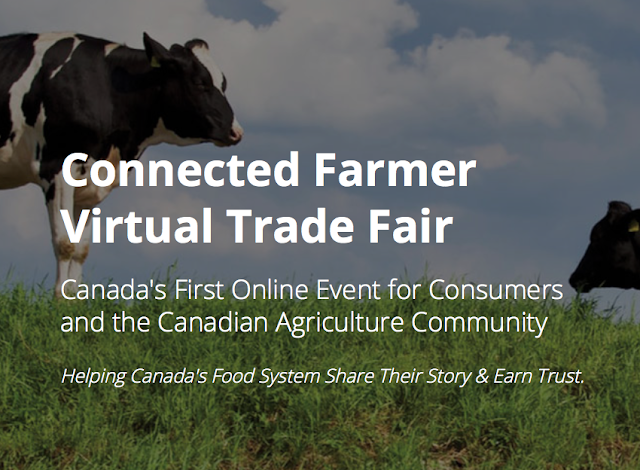 
Nancy Beth is the President and Executive Consultant at Sweet Spot Academy, and co-founder of the Connected Farmer.

To book Nancy Beth for your next event, or to discuss your training needs Visit: http://sweetspotmarketingacademy.ca/contact
Posted by d at 10:08 AM No comments: 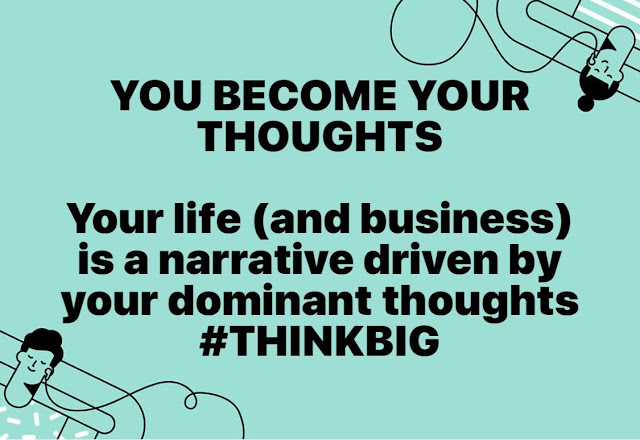 Often our biggest battles in life are those that take place inside our own mind, and the self-limiting beliefs we impose on ourselves.

As someone who works with vulnerable people, I often work with clients who do not know their value or their worth, and therefore believe the many lies others have put over them. Today, I worked with a client who received some pretty big accolades on their work performance of which they had never heard about themselves. They are not used to hearing others tell them how important and valuable they are, especially from someone in a position of authority over their work life. The client found the positive feedback so overwhelming they broke down and cried, and when they received even more positive feedback they were so uncomfortable it lead to a full fledged panic attack.

It is so important, no matter where you are in your life or business, to keep your mind focused on what you want to achieve and gain in life, and to surround yourself with like minded positive people who share your values.

Conflicted relationships in both business and personal can really drag you down. You have to question continued involvement when values clash and constantly facing crises moments. Putting boundaries up and exiting those relationships may be best.

This is the lesson my client learned today. That there are people and circumstances they need to claim back their power from, put up boundaries with some, while completely terminating relationships with others. Their low self-esteem is rooted in toxic relationships with specific people who constantly discredit their abilities, resulting in them putting up emotional barriers of self-doubt to a point where they held themselves back from achieving greater success in life because they felt they were incapable of doing the work. When they heard from their superiors the confidence and abilities they see in them, it was an overwhelming experience because they are not used to people complimenting them.

Sweet Spot Academy offers a suite of scalable solutions that simplify the 'how' to keep your business moving forward. We work with entrepreneurs, small business and nonprofit organizations to filter out the noise and confusion in an overcrowded digital landscape to find practical answers and solutions that helps solve their business need or problem.
Ultimately, we help you define what you are truly after, then help you focus your budget and your time in the places that will yield the best return on your investment.
BOOK YOUR 30 MINUTE FREE BUSINESS ASSESSMENT TODAY
http://www.sweetspotacademy.ca/contact.asp
Posted by d at 11:37 AM No comments: